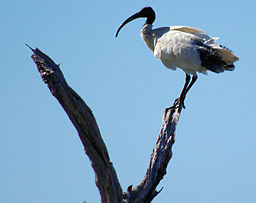 A backformation is a word that is produced from what is incorrectly assumed to be a derived form.

For example, we have the word scavenger which was borrowed into Middle English from Anglo-French, that is, that dialect of French current in England from the Norman Conquest to the end of the Middle Ages.

The trouble is that from an English point of view we see this word belonging to the set of nouns derived from verbs by adding the agentive suffix -er. We assume that the noun scavenger has come from a verb scavenge and is ‘a person who scavenges’. This is not true but does it really matter? The verb scavenge is a perfectly useful addition to our language and fits the English pattern even if it has been derived backwards rather than forwards.

Pedantic grammarians disapproved of this procedure. As a result it can be a while before backformations are accepted and their illegitimate way of entering the language forgotten. But forgotten it eventually is. Fowler commented in 1926 that forms such as diagnose, drowse, sidle, grovel, resurrect and burgle were not accepted. And that forms such as enthuse, liaise, orate and process (go in procession) were to be regarded as jokes. I don’t think anyone disapproves now, or finds them funny.