Grace Du and Will Stamp are the 2014 Premier's Spelling Bee winners! 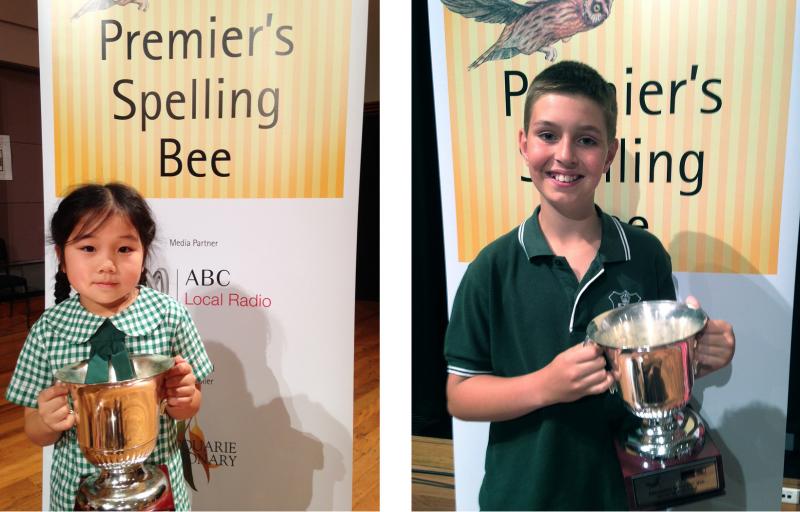 The State Finals of the 2014 Premier’s Spelling Bee Challenge were held yesterday at the ABC Centre in Ultimo.

The Junior winner was Grace Du, 8, from Kieraville Public with the word rhetorical. Runners up were Zhan Wei Koh from Lindfield Public School and Mica Krzyzanowski from Coogee Public School.

The Senior winner was Will Stamp, 11, from Mona Vale Public School who won with the word phosphoresce. The first runner up was Rianne Pablo from Fort St. Public School, with Eleana Xu from Hornsby North Public School and Samantha Windley from Gosford Public School also in the final four.

The last 30 minutes of the Senior Final were radio broadcast live on ABC 702 DRIVE with Richard Glover (@702Sydney).

The Spelling Bee started in 2004 and has been growing ever since. This year over 130,000 students participated from more than 900 schools across the state. It came down to 42 students in each the Junior and State Finals.

Contestants came across incredibly difficult words such as hyacinth, cardiothoracic and omniscient in the Junior and  tonsillitis, miscellany and chrysanthemum in the Senior.

For more news about the 2014 Premier’s Spelling Bee Finals:

Macquarie is a proud sponsor and the official wordlist supplier for the NSW Premier’s Spelling Bee. We would like to congratulate all of the students who participated in the 2014 spelling bee challenge!