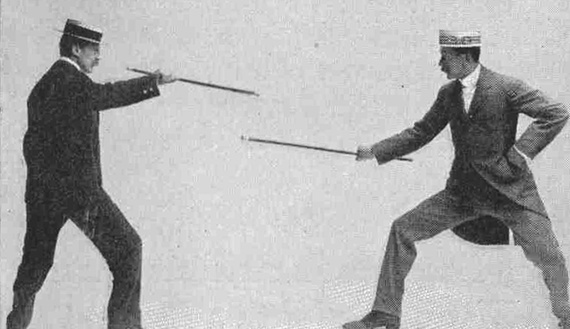 Every now and then the editors of the dictionary are alerted to the existence of a word, or a different meaning of an existing word, which had previously escaped their notice, so all they can do is belatedly catch up with the language. This is not a case of the dictionary being shirtfronted.

Citations for this use of the word go back to the early 1990s. We have to humbly admit that we have not covered the use of this word in Australian English as completely as we could have, and do our best to set the record straight.

The use of the term shirtfronting in Australia is interesting. In politics it has had a figurative use with a rash of such intimidatory activity occurring in the early 1990s. Various politicians were accused of it. John Dawkins was accused of shirtfronting a female member of the Opposition, so it was no longer the kind of macho pub activity that only men engaged in, but one that was pollie to pollie, so to speak.

It would seem that Abbott is a revivalist, bringing this older political usage back into the limelight. And it seems that, in this figurative sense, the word has moved out of politics into a broader domain. Anyone, man or woman, can shirtfront.

The Australian Rules use of the term is rather more specialised in its definition but probably has its source in the same general idea. The basic action of shirtfronting is intimidatory and in some instances involves grabbing the offender’s shirt front and pulling them close to you, in others simply getting in their face, chest to chest. In Australian Rules this translates to a shoulder charge to the chest, or a scruffing up of someone’s guernsey, using it to pull your opponent towards you and then push them away. This has developed into the jumper punch in which a punch is disguised by grabbing someone’s guernsey and then pushing it forward in a punching motion. The things these players do!

For further reading about shirtfronting in the news:

I am sure this expression has been around for a long time, and I wasn't aware of the connection to football. It was the idea of con'front'ing someone in aggressive manner with some sort of grievance.