The difference between complement & compliment 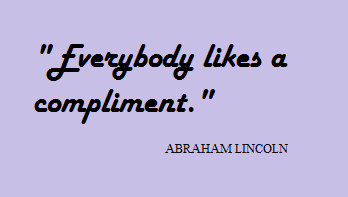 The necklace complements your new outfit.

Both complement and complete come from the same Latin verb complere to make full.

In Latin the complementum was what filled something up.

Once you have complement fixed in your mind by the link to complete, well, the other one has to be the compliment with the i, the nice thing that you say to someone.

If you can remember that distinction in English, then I can go on to tell you that compliment also ultimately comes from the same Latin word complementum which had a second meaning of ‘fulfilment’ and, following that path, acquired in Spanish a particular sense of ‘fulfilment of social courtesies’. You said nice things to someone to fulfil the social requirement that you be polite and gracious.

This form of the word with the new (Spanish) meaning was borrowed into Italian as complimento and worked its way through French into English.

Both words are related and ultimately go back to the same Latin complere, but in English we have taken the words in at different times with different meanings and slightly different spellings. So now we have to remember to keep them apart.