Do you hunker down or bunker down? 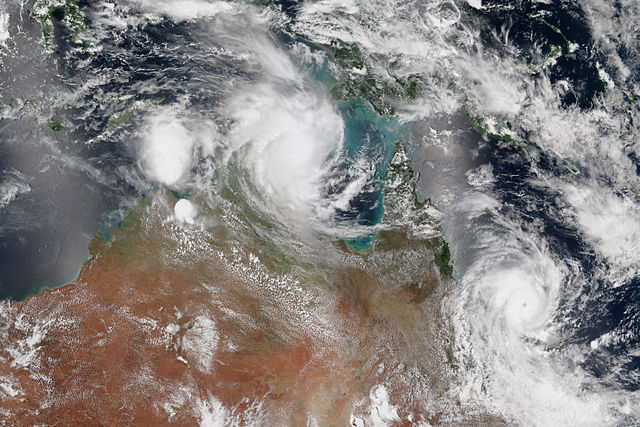 It depends on what kind of emergency you are facing. A bunker in the First World War was a reinforced concrete underground shelter, designed to withstand a bomb. To bunker down is to find shelter against attack, whether that shelter is physical or metaphorical. People preparing for a cyclone would bunker down.

Oddly enough the origin of the word bunker is not clear but the best guess is that it belongs in a set of words that relate to a bench. The bunker in its primary meaning is a simple bench in a house, or a carved out embankment in the fields or, later on, a dugout, usually reinforced with concrete. It relates to a bank or carved out side of a river, or a bench or built-in platform on a ship.  They all have the same rough shape, and are, in many cases, dug into the ground.

To hunker is to squat on one’s haunches. Originally – and we are talking the 1700s in British English – there was no particular connotation associated with it. You might hunker down to have a rest or to play cards or any other game that required you to squat on the ground. This form of hunkering was originally Scottish.

The expression to hunker down appears in US English in the early 1900s and meant the same as ‘to dig in’. It was to provide stiff opposition to opposing forces – the forces of the enemy or the forces of luck –  by concentrating all one’s strength into a solid ball. Again the First World War provided many opportunities to hunker down.