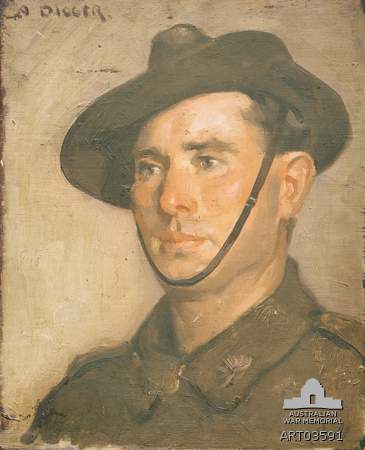 The first specialised use of digger in Australian English was a reference to someone digging for gold in a goldfield and dates back to the 1850s gold rush in Victoria. This use carried on through the century right up to the goldfields rush in WA in the 1890s. In New Zealand a digger might be a miner in the goldfields of that country, or someone digging for kauri gum, a fossilised resin used for jewellery. When Australian and New Zealand soldiers went to World War I in France and were introduced to trench warfare, the term digger perhaps came more naturally than the British sapper. These were privates who earned this name, the soldiers at the frontline who actually did the digging in the trenches, but the use spread until it encompassed all Australian and New Zealand soldiers of any rank and was used as a form of greeting. Prime Minister Billy Hughes was affectionately nicknamed `the Little Digger’ by the Australian troops he visited in France. In World War II the term was restricted to Australian soldiers.

Diggers understood the concept of mateship. This notion had real significance in colonial Australia where mates worked together in an environment that was harsh and dangerous, particularly if you were on your own. Activities like mining really couldn’t be done by one person, although there were the solitary and eccentric hatters, the prospectors that went out alone into the bush. But everyone knew they were crazy. The best way to work was with a mate who was in effect a business partner. Mates shared what they had – provisions, earnings, whatever.

Then the mates went to war and the word took on the glow of Anzac hardship and endurance. Post-war, mate became a greeting between men which may have lost some meaning but not feeling. As Ken Dunstan remarked in Knockers (1972):  ‘A mate in Australia is simply that which a bloke must have around him. Mates do not necessarily want to know you’.

Post-feminism, mate has become a form of address also used by women to each other. It retains the distant glow of meaning which makes it attractive and Australian, and now adopted by both genders.