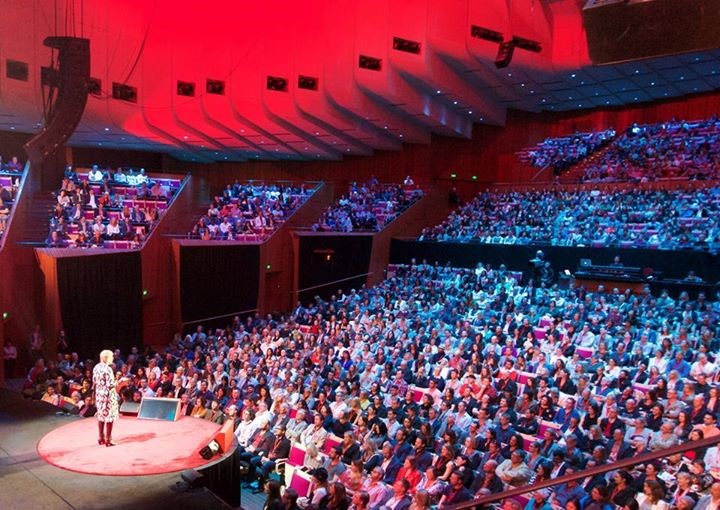 You can watch Susan's TEDx Talk or read it below.

People think that I have enormous power.

People think I have the power to say YES to words that wish to join the dictionary of the righteous or NO to other words, banished to unspeakable darkness.

Which is why I like to present the image of the dictionary editor as the woman with the mop and bucket who comes in to clean up after the party is over. I do not create the mess. You – the people who share and shape our kind of English – you are the ones who do that. I tidy up. Items of interest I put in the dictionary, and the rest goes out with the rubbish. That is all I do.

After a lifetime of such morning-after activity, I am in a good position to know what the successes and failures of the language have been. Particularly if the party was a lively one and the language police were called, and the verbal miscreants were hauled off before the Pedant’s Court where their words were pronounced to be frivolous or ephemeral or – shock horror! – non-standard.

The usage notes in the dictionary are little reminders of such excitements. They show us that there are clear generational shifts in the way we use the English language.

The Pedant’s Court may well consider the case of the hoi polloi – now the high and mighty whereas they were originally the masses. Hoi polloi is Greek and means ‘the many’. It used to be said with a sneer – I don’t mix with the hoi polloi. Now it is said with admiration. This is a classy venue – no doubt frequented by the hoi polloi!

The court might also consider the spelling of minuscule – where m-i-n-u-s  has shifted to  m-i-n-i-s -cule. We no longer hear the Latin minus meaning ‘less’ in the word but associate it with the prefix mini-, meaning ‘small’.

Are you in agreeance with that? In which case you are at loggerheads with those who argue that the phrase is in agreement with. The word agreeance strictly speaking doesn’t exist!

What about the verb to verse, as in My team is versing your team next Saturday. Children arrived at this word as a backformation from versus, but the children are growing up and it is becoming entrenched in the language.

And what about worry, which used to rhyme with hurry? Have you heard that it is shifting its pronunciation to worry rhyming with sorry? Do you wince when you hear dic-tion-ar-ee instead of dictionary and ce-re-mon-ee instead of ceremony?

These are the problems caused by language change. The role of the dictionary in all this is to record faithfully the words that you use in the way in which you use them, and to do this as accurately and objectively as possible.

But there are those who would like us to be a little less objective.

The language gatekeepers – the teachers, editors, academics – the pedants with power, would prefer us NOT to record common usage errors such as youse for the plural form of you, or alot spelt as one word.

The pedants don’t want these to appear in the dictionary – even if they have high frequency, even if we include comments to the effect that the pedants don’t like them. They argue that there should be no record of such blemishes.

But the old idea of the dictionary as a record of what is best in our language died with Dr Samuel Johnson, who produced the first prestigious dictionary of the English language in 1755. Even as he aimed at that lofty goal, he knew it was a lost cause. Language moves on. And the notion of what is ‘best’ is highly subjective anyway.

The goal of the dictionary today is to have every word we use between its foreword and its endmatter, between its login and its logout, with every shade of meaning, and every origin and every usage note and every label supplied.

Because we know that the worst thing that can happen to you, as a dictionary user, is to look up a word and not get a result, the race is on for the lexicographers to collect the newest of the new words. At the same time the dictionary needs to retain authority and protect itself from the accusation that it is sensationalising its lexicon with frivolous coinages.

Bromance was regarded as a magazine invention when it first came out but has proved to be surprisingly durable. It entered the Macquarie Dictionary in 2008. There are more blokes having bromances than we realised.

The latest one is dadbod – a stereotype of a male who is a bit of a slob but all the more likeable for being so. All of these could be in the dictionary online at the end of this year.

There used to be a restraint or brake on the dictionary process. Useful time would pass in the search for evidence, but nowadays that evidence can be collected online quite quickly.

There used to be more rules about what was deemed worthy of being put in the dictionary, but this was because there was a limit on the number of pages in the printed book. Online there is no problem with space.

There used to be areas of language that people thought were impossible to capture – some well-worn slang was included, but last year’s? No way! Now we can pick it up easily.

All this means that the emphasis is on establishing currency and describing the word as accurately as we can. Currency is still the bedrock of the dictionary.

There is much that happens in language that the dictionary does not record.

Poets. We steer clear of them. They turn and twist their words into combinations that are highly unusual, and give them a colour that they don’t have in common use.

I praise the scoring drought, the flying dust
the drying creek, …

Flying dust and drying creek are fine, but scoring drought? This is a figurative use of to score, to make a mark or notch in something. It is a one-off in this poem. I googled scoring drought. The only instances I found were to do with football players finding goals hard to come by.

Les Murray wrote about knee-sprung pasture, and about sleeping just out beyond dust-throw of the road. Knee-sprung and dust-throw will not be dictionary entries.

We ignore family coinages, those cute attempts that children make at saying words that are too long or too difficult, which often become family favourites.

Biscetti for spaghetti is not uncommon but has not made it into the dictionary yet. On the other hand, huggle and choo choo are in because these are words we share, used humorously. These are the rare items that have floated to the top of this sea of invented words.

We are wary of the jargon of individual workplaces and arcane activities because it is so remote from community use. Even the dictionary has its jargon. Who else would use the expression to derude the dictionary, meaning to remove the taboo words from it, as happens, in a dictionary designed for children.

So the dictionary is a distillation of the amazing possibilities of the English language, but one with a much broader scope than it has ever had in the past.

It is not just a question of space, it is a revolution since the days of Dr Johnson in our attitude to the dictionary, pushed on by the transfer to a digital world.

I may not have power, but the dictionary itself has enormous power and excites great passion.

When you look up a word in the dictionary you feel that you are getting validation of the legitimacy of the word, or the spelling, or the usage of your choice.

The only validation you get is the indication that your choice lines up with the choice of the language community as a whole. It is a safety-in-numbers kind of validation. What we are NOT offering is some kind of divine authority for it.

You can do the Humpty-Dumpty thing if you want to. He said to Alice that the words he used meant what he wanted them to mean, not what other people thought they meant. You risk non-comprehension and the wrath of the gatekeepers. But you won’t be struck down from on high if you pursue your own language choices.

The dictionary also has the power to make the language visible to the community that speaks it. You can get a grip – literally – on Australian English as you flick through the pages of the Macquarie Dictionary. That is why the dictionary becomes a rather bulky national flag, that is why we all feel we have so much invested in it.

The dictionary has power.  My job is to serve it faithfully.

Pass me my mop and bucket please.

You can watch Susan's TEDx Talk.

Two things.
One: I am an editor, and yes, I might be prescriptive. But I do have a linguistic background and a great fondness for languages, which causes me to deliberate a great deal over word choices, syntax etc. I recognise that I am old-school, but there are many in my profession who, highly regarded in their field, are descriptive. We are not all alike in our approach, as I know you are aware.
Two: 'Hoi polloi' - who'd have thought? I only knew of the old-fashioned meaning, so that many of us (myself included) may have been speaking - or reading - at cross-purposes!

A small thing: editor to many (most?) people means an editor in film-making, as they see that as the credits roll (if they stay long enough) ... an editor of text is an alien thought to them, somehow comical - why should anyone who can speak and write English need an editor? And the more that English becomes dumbed-down, with txting and SMS-ing, on a bad day I'm inclined to agree with them!! Communication is becoming a many-layered thing.