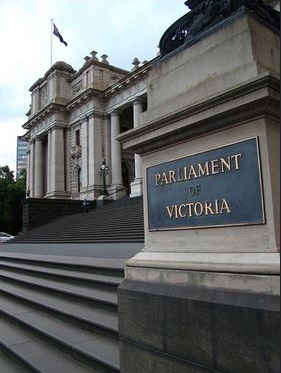 I was asked to comment on the declaration by the Speaker in the Victorian Legislative Assembly that the word rort (and all its derived forms) was to be considered unparliamentary language. In this instance it was the frequent use of the term by the opposition that prompted the decision, although it has been pointed out that the present government, when they were in opposition, were very much inclined to accuse people of rorting as well.

In general terms, attacks on the character of another member of parliament are forbidden. You can say what you like about the issues but you cannot attack the person. When it comes down to particular cases, the words which are vetoed can be surprising until you realise that, in context and with the skilful use of language, almost any word can be charged with venom and used as a weapon against someone. There is no fixed list because no-one can predict which word will be the next one to give offence. This site gives some blatant examples: Strong Language | Unparliamentary language: Australian Edition

In this case, calling another member a rorter is obviously demeaning. In Australian politics rorting the system is a common enough accusation, implying that quite legitimate processes are twisted to a use that was never intended. The word rort is a respelling of the word wrought, the past participle of the verb to work with the meaning used in metalworking of bending and twisting metal into the required shape. Thus we have wrought iron. The process of working the metal was used metaphorically for the process of working the system, but somehow in the transfer we forgot that we were using wrought from work, and began to respell the word as rort.

In the Victorian Parliament it was probably the repetitive use of the term that finally called the Speaker to act. The game then became to find synonyms for rorter that could be used instead. The first attempt in parliament was fraudster. Others supplied helpfully by the general public were to do with words like dodge and lurk and con.

I suggested that an old Australianism like illywhacker would keep the Speaker puzzled for long enough to get some mileage out of it.

Tell us what you think of the word 'rort' and other unparliamentary language in the comments section below.

Further reading: The words MPs aren't allowed to say | Herald Sun (NB: must subscribe to the Herald Sun to read this article)