Joe Hildebrand on the power of words 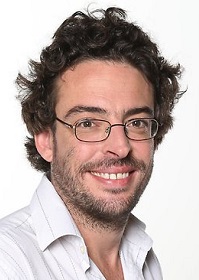 'It’s only words, and words are all I have to take your heart away.'

With this little lyric a big-haired, trouser-flared ensemble called the Bee Gees perhaps accidentally summed up the universal lament of the human race in a single line – albeit a deeply ungrammatical one.

We often hear that words are important, almost as often as we hear that they are not important. In fact the truth lies in a higher realm. Words are the very substance of the human race.

All animals eat, breathe and drink water. Many seek shelter and form familial bonds. Some even communicate through barks and bleats and beeps. But no other species talks to itself the way humans do.

The very foundation of human society, of civilisation itself, is the capacity for people to be able to talk to each other. To recount stories, to deliver instructions and warnings, to store in both common and individual memory the dangers and joys of life itself.

Physically we were never going to be any match for woolly mammoths or sabre-toothed tigers or indeed, if creationists are to be believed, the odd Tyrannosaurus Rex.

We were too small, too weak, too unshielded, too declawed and, with the exception of my friend Byron, too hairless.

But we were able to communicate with each other, and that small miracle has allowed us to become the dominant species on earth, for all the good and ill that such power brings.

And the way we do that, of course, is through words.

People talk about words versus deeds as though they are separate things yet how many deeds are performed in a vacuum of silence? Wars might be fought with weapons but they are started with words and they are ended with words. From the rallying cry to the footnotes of a treaty; from the absurdist scripts that hostages are forced to read until their dying breath to the breathless love note passed around a high-school classroom, the power of words has always been known to the greatest and darkest amongst us.

But the words themselves are not the essence. They are merely the imperfect vessels by which we seek to share with other human beings the confused enormity of our existence. Or forge them for war. Or inspire them to peace. Or perhaps just order a coffee.

And so the words change as the world changes. New words become a mirror to ourselves. We find out, often with horror, often with a smirk, what we have become.

Wizened old fools like me might recoil with each new influx of dictionary entries but our children will no doubt deem them already passé – or, more likely, 'totes over'.

For, like the great mythical painter of the Sydney Harbour Bridge, whose job is no sooner finished than he has to start again, the work of language is never complete. There is always more room on the canvas, the bridge never stops being painted.

In the end, words are beams between people. To quote Saladin from Kingdom of Heaven, they are, like Jerusalem, both 'nothing' and 'everything'.

And, as the Brothers Gibb once sang, they are all we have.

Joe Hildebrand is opinion editor and columnist for The Daily Telegraph; and co-host of Studio 10. He was part of the Macquarie Word of the Year Committee for 2015.