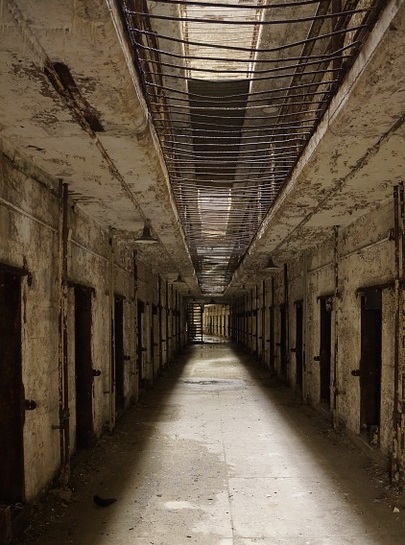 Both gaol and jail are borrowed from French. The first borrowing, gaol, came with the Norman Conquest when a lot of Norman French words to do with law and politics and governance were introduced into English. The second borrowing, jail, came about three centuries later from Parisian French. They ultimately are the same word – Old Northern French used the form gayol and Parisian French the form jaile.

Both forms existed in English but the form gaol was the one that had been taken on by British law. Of course the gaol spelling gives rise to the inevitable confusion between gaol and goal. Webster opted for jail as the most sensible spelling to adopt and, in time, others have come to see that he had a point.

Eventually gaol will be a spelling of the past.

I remember seeing somewhere (in England, I think) seeing a stone arch at a prison on which the mason had inscribed the word 'Goal'. Someone (possibly the same person) "over-carved" it to 'Gaol' !