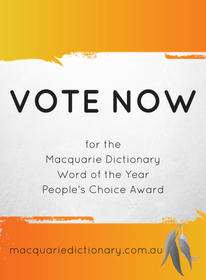 My father was trained as a journalist in the days when newspapers cared about their reputations as disseminators of information that was accurate and reliable. It wasn’t just a legal anxiety, it was an organisational pride in the quality of their news reporting. He told me that you can’t half-know something. You either know it or you don’t. This was a dictum that I am sure he had learned in his cadet days.

Now it is not care for accuracy that has slipped – although there have been signs that this is no longer a concern. Indeed, it is rather old-fashioned to want to know whether something is true or not. Now we have moved to a world where news is invented and broadcast for a specific purpose, usually either commercial or political. Oddly enough, the recipients of this fake news don’t seem to be outraged. Perhaps there are those who enjoy the freedom to believe what appeals to them without the need to worry about truth. But for those of us who still care about the facts, the post-truth future presents a very confusing prospect. It is with this in mind that the committee chose fake news as the Word of the Year for 2016 as an item that represented a significant shift in how we assess the information we receive.

There has been a slow accretion over the years of terms relating to gender and identity, but 2016 was a year in which this became a mainstream topic of discussion. Gender fluidity, and all kinds of gender identification, was not something for textbooks or academic discussion, but something for all our institutions to take into account. Any form that required someone to state their gender could be a battleground with the individual claiming ultimate authority. Enby in a way realised this transition to the mainstream by converting a cold abbreviation into a living, breathing, pronounceable word.

I have to say that I haven’t tried a halal snack pack yet, although increasingly I see them all around. I will get there very soon. I feel it is my duty as a lexicographer. Maybe then I can join the cognoscenti who cheerfully refer to the dish as an HSP.