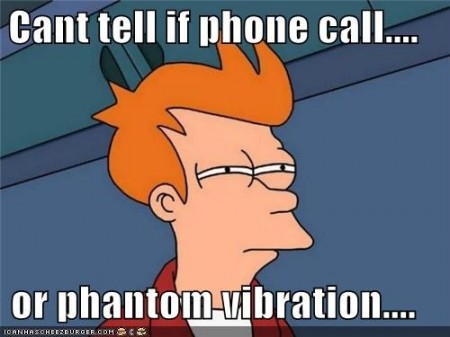 The Committee's choice for Word of the Year 2012 is:

phantom vibration syndrome
noun a syndrome characterised by constant anxiety in relation to one's mobile phone and an obsessional conviction that the phone has vibrated in response to an incoming call when in fact it hasn't.

The Committee would like to give honourable mentions to the following:

crowdfunding
noun the obtaining of small donations from individuals contacted through social networks, as to fund a project, support a cause, etc.

technomite
noun (humorous) a young child who is adept in the use of digital media.

marngrook
noun a type of football played by Aboriginal people of south-eastern Australia before European settlement, being characterised by large numbers of players covering a wide area of ground, a ball made from stuffed animal skin, and a style of play which involved dropping the ball onto the foot and kicking it, and leaping high above others to catch it; seen as an influence on Australian Rules. [in various Victorian Aboriginal languages: game ball]

And the People's Choice Award, as voted by the public, goes to:

First World problem
noun a problem that relates to the affluent lifestyle associated with the First World, that would never arise in the poverty-stricken circumstances of the Third World, as having to settle for plunger coffee when one's espresso machine is not functioning.

To see all the fascinating words that were under consideration this year, click on the category links below. The most popular words in each category were:

Check out some of the media coverage in response to the choice of phantom vibration syndrome: