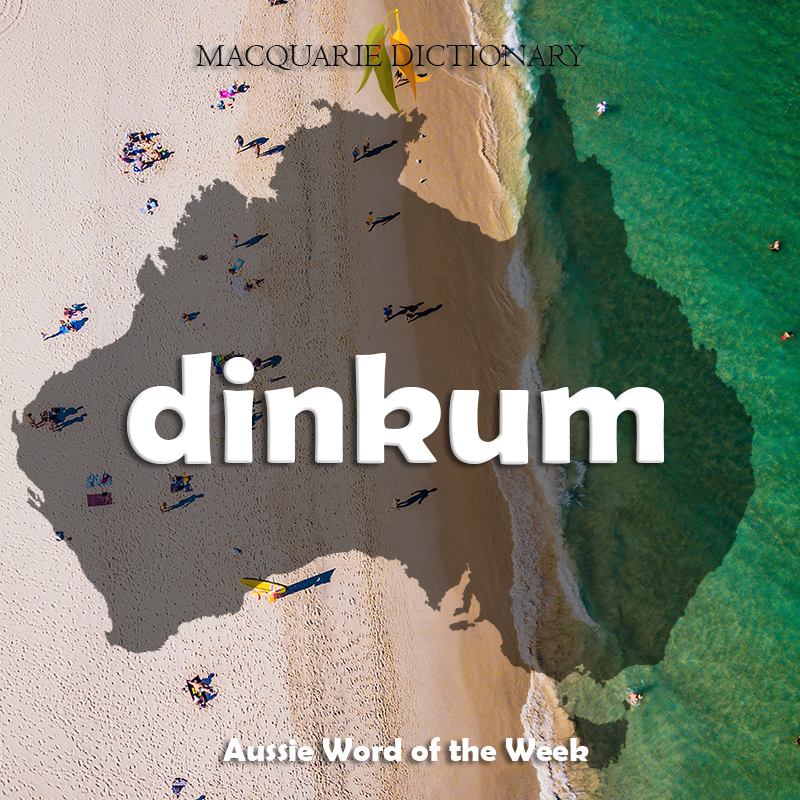 Dinkum appears earliest in the phrase fair dinkum (1890 in Australia, but 1881 in Britain), and not as a separate word until 1905. It originates in the British dialects of Derbyshire and Lincolnshire, where it meant 'work', or 'a due share of work'. So if you did your fair dinkum, it meant you did your fair share of the work.

Nowadays, it means true, honest and genuine and is often used accordingly.

There are some who claim that the word was brought to Australia by Chinese miners in the gold rush era (from the Cantonese ding kam meaning 'real gold') however there is no historical connection with Cantonese unless the connection occurred in the south of England prior to 1881 and was never recorded, which seems somewhat unlikely.

You might want to check Trove on those dates. I found many a 'fair dinkum' (mostly in connection with horse racing) from as early as 1879 (so earlier than your dates for both Australia and Britain). And though not exactly dinkum as a separate word, there are quite a few references to 'hard dinkum' and 'real dinkum' in the late 1800s.

Thank you for your feedback, Peter! We'll look into it.
Macquarie Dictionary