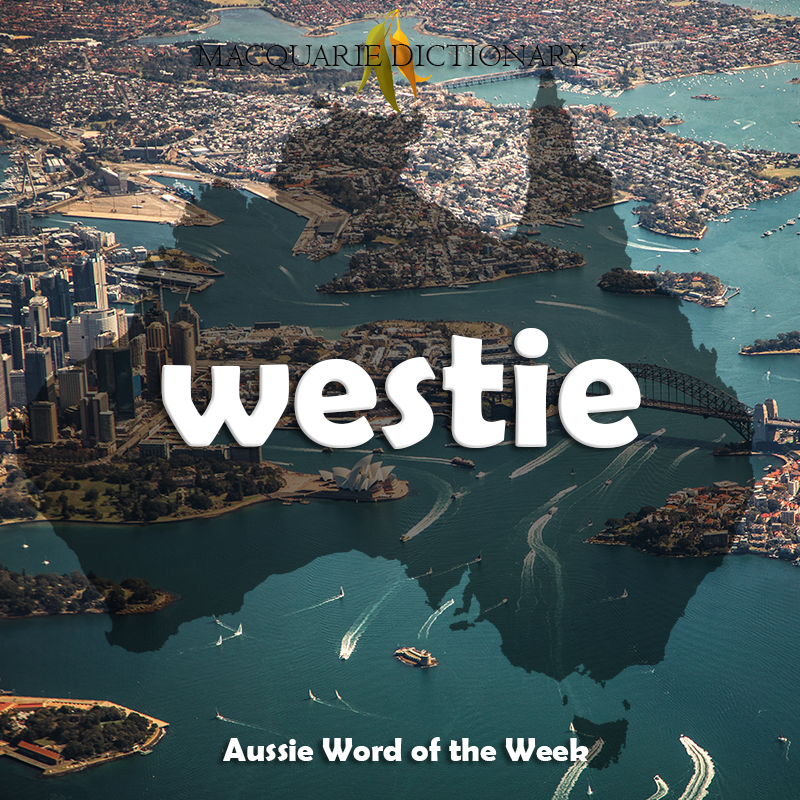 Westie is a word steeped in history, cultural cringe and controversy. Our official definition reads as:

a person, generally from an outer suburb of a city or town and from a lower socio-economic background, viewed as uncultured

However, earlier iterations and those in slang dictionaries have been somewhat more colourful. Such as:

Your typical Aussie yobbo type – mullet haircut, flannos and jeans, from the low socio-economic stratum. Originally a derogatory term for a person from the western suburbs of Sydney. In Sydney, westie is applied disparagingly to any person living west of your own suburb – thus a Bondi inhabitant may call a person from Ryde a westie, but Ryde inhabitants would not consider themselves as such, and instead apply the term to people from Parramatta, who in turn apply it to people from Penrith, and so on.

First recorded in the 1970s, westie has now spread to most of NSW. It is joined by equivalent terms around Australia, which could practically fill a dictionary on their own. There is the universal, bogan across Australia, which has inherited some of the descriptive definition above. Each state and even regions within also have local alternatives, such as the bevan in Queensland.

What is your go-to for this type of description? Are there any you think should go in the dictionary that aren't there already. Let us know!