The etymology of 'echidna' – why wasn’t it just called Spike? 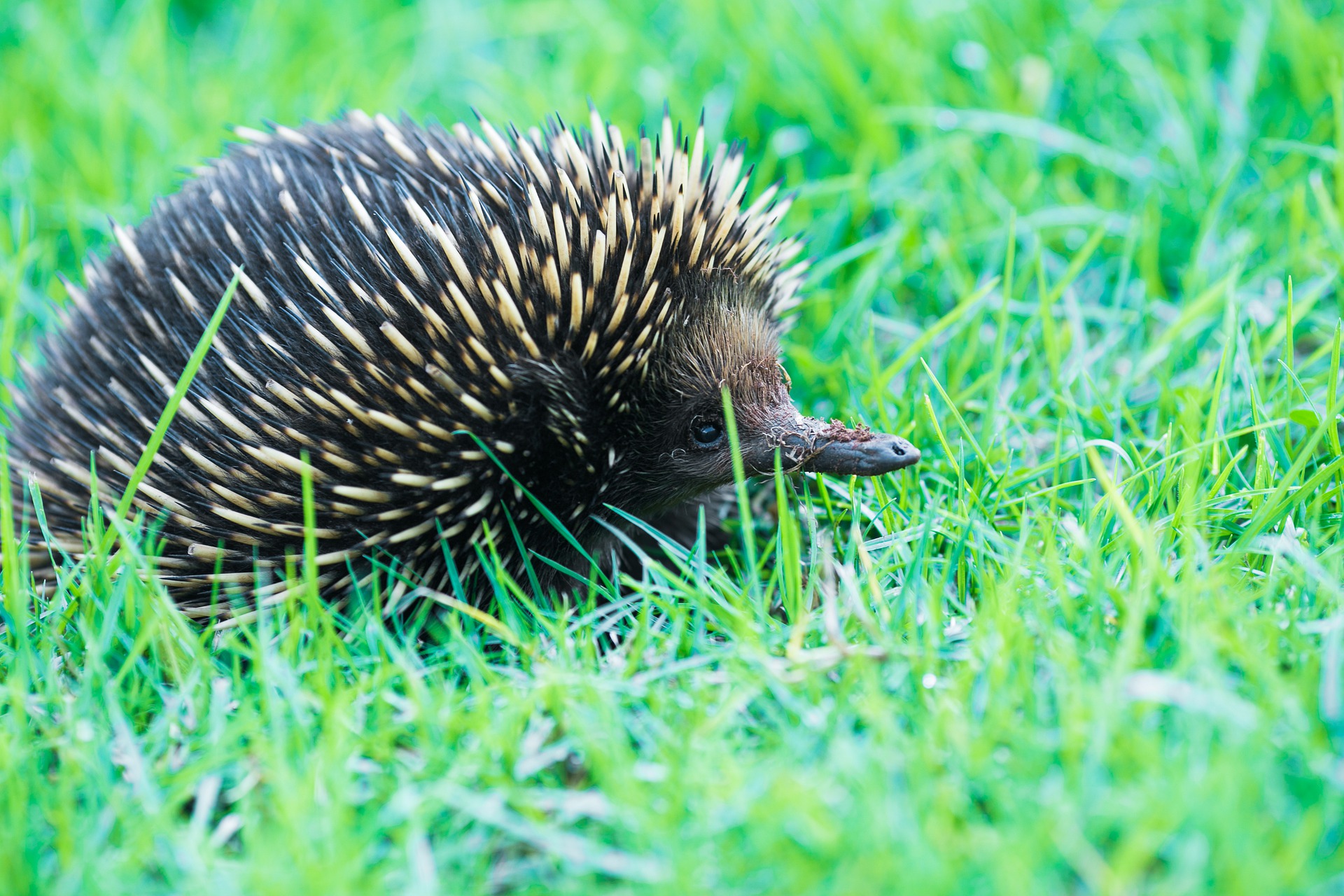 We recently received a letter asking about the derivation of the word echidna. Was our iconic spiny anteater connected to the terrifying goddess Echidna of Greek mythology?

Echidna comes from New Latin from the Greek word ekhidna meaning 'viper'. The Greek mythological being was so named because she was half-woman and half-serpent. She was also known as 'the mother of all monsters', so not the nicest creature to be near.

One theory is that our spiny anteater was so called because its tongue resembled that of a snake. While this resemblance may be true, the theory is a little simplistic and doesn’t quite bear up.

When the echidna was discovered by European naturalists in Australia, they noted that it had some characteristics of mammals and some characteristics of reptiles. A mammal that lay eggs? There was great confusion about how to classify it and questions about its taxonomic placement remained unresolved for a number of years. As monotremes (the platypus and echidna) are found only in Australia and New Guinea, this was the first time naturalists were faced with this problem.

French naturalist Baron Georges Cuvier proposed the name echidna to reflect the animal’s possession of both mammalian and reptilian characteristics, likening it to the woman/serpent nature of the Greek mythological creature, Echidna. While numerous other terms came and went for the animal, echidna is the one that it is known by today.

Our spiky little friend is not as terrifying as its name might have suggested to an ancient Greek. In contrast, the name of a baby echidna is a puggle, but that's a story for another time.