The Hobson-Jobson effect of the wee juggler 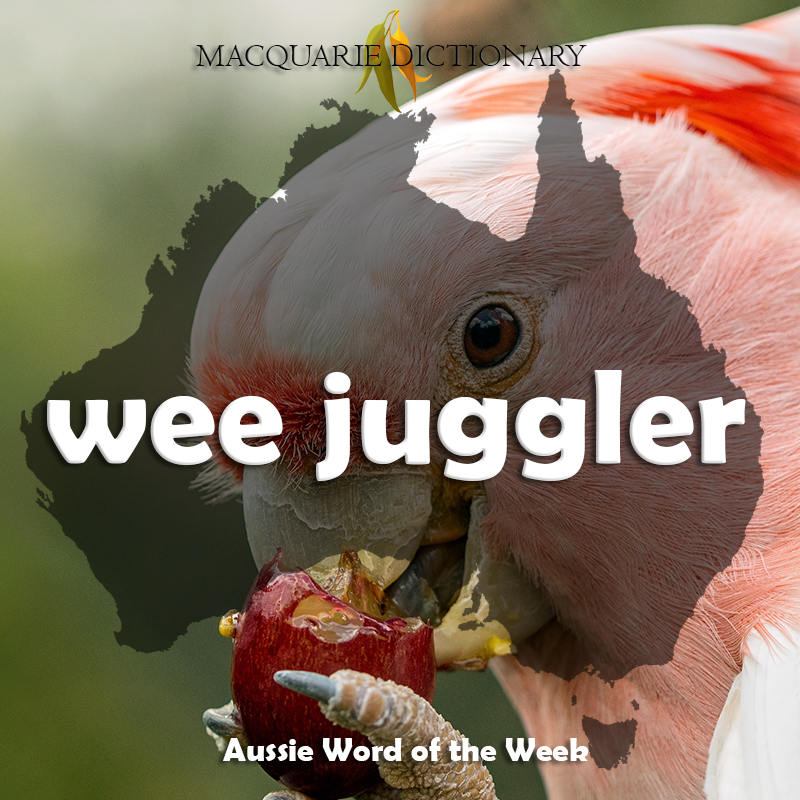 A wee juggler is a slang name for the Major Mitchell, a cockatoo with white wings, pink underparts, neck and face, and a white crown suffused with salmon pink and a forward-curving scarlet crest. It is endemic to arid and semi-arid regions of Australia.

The Law of Hobson-Jobson is the linguistic process whereby a word borrowed from one language is changed so that it resembles words in another language.