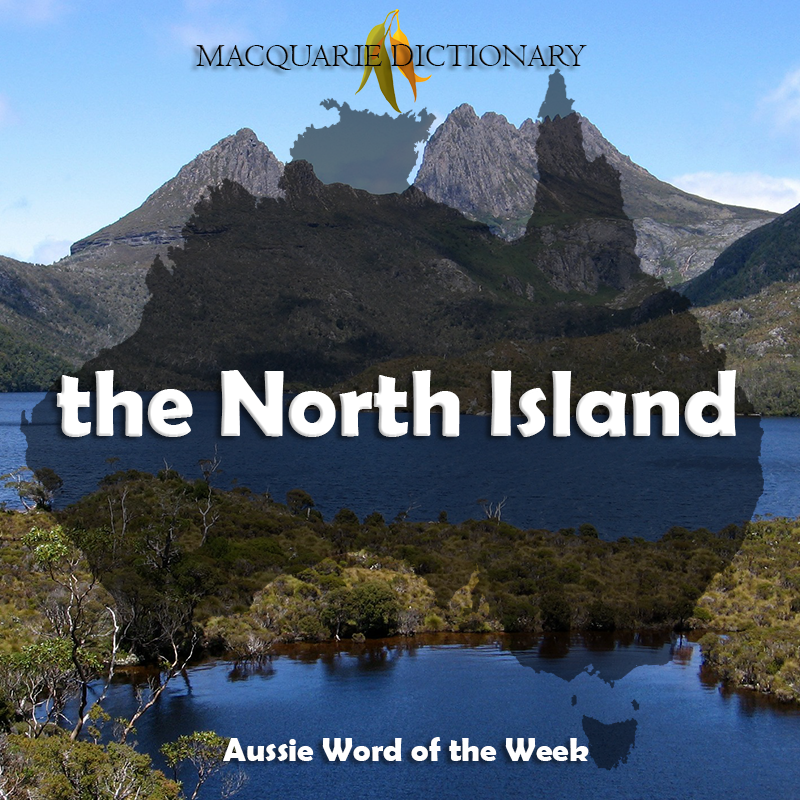 Usually associated with New Zealand's North Island, in Australian Slang, the 'North Island' is used by Tasmanians as an ironic nickname for that big chunk of land that sits across the Bass Strait.

Frequently heard by mainland Australians on their holidays to Tasmania. One contributor to the Australian Word Map recalls a shopkeeper saying, 'Oh, you're from the North Island.'

Other ways Tasmanians refer to mainland Australia include the 'Big Island' and the 'other side.' The latter is a colloquial term used by Australians when referring to any part of the world opposed to the place occupied by the speaker. For example, Victoria is on the 'other side' to someone in Tasmania.

There are 400 Tasmanian regionalisms recorded on our Australian Word Map. Be sure to read up before your next visit to the Apple Isle.