Don't be a derbrain. Read our weekly Aussie slang blogs instead. 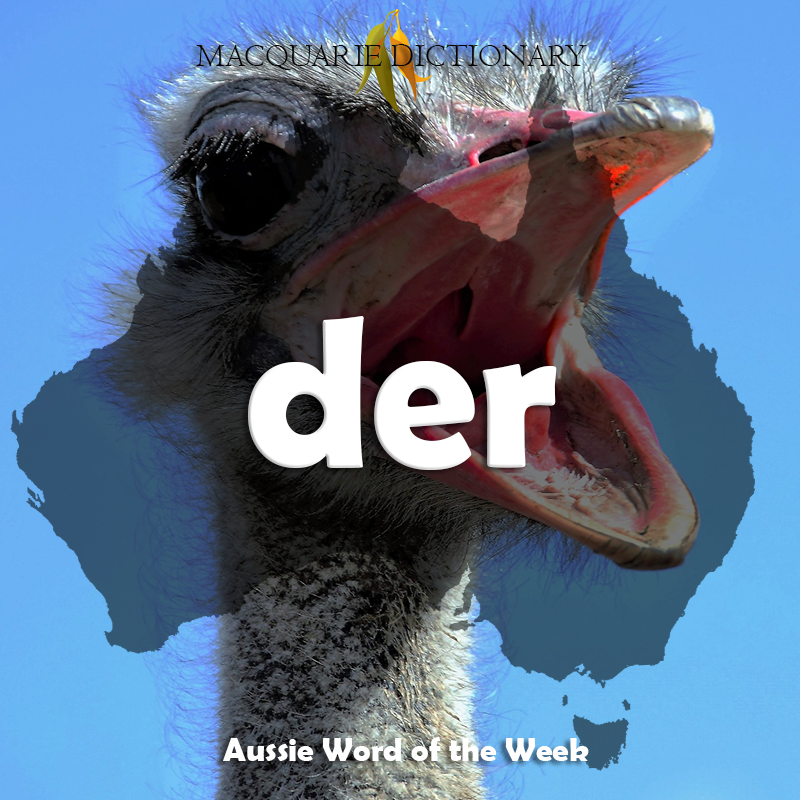 Don't be a derbrain. Read our weekly Aussie slang blogs instead.

Ever have your friend turn to you with a blank look on their face and say der? This expression of faux stupidy is a mocking exclamation indicating faked and exaggerated stupidity or bewilderment. It has other forms such as duh, der, doy, etc. but perhaps the most well-known is d'oh, as originated by Homer Simpson of The Simpsons.

Interestingly, the pronunciation of d'oh is difficult to convey in the conventional manner used by Macquarie Dictionary. The vowel sound is a glide from /ɒ/ to /ʊ/ and there is a glottal stop at the end. It is said in quite a high monotone, with an optional accompanying slap to the forehead.

Equivalent to 'You idiot!' or 'As if!' Der is meant to represent the natural exclamation of a brainless person when attempting to think. The expression has been around since the 1970s and is principally heard among schoolkids. It's also evolved into the charming schoolyard portmanteau, derbrain which means a foolish or stupid person.