Even when you're stuffed, there's still room for magic pudding 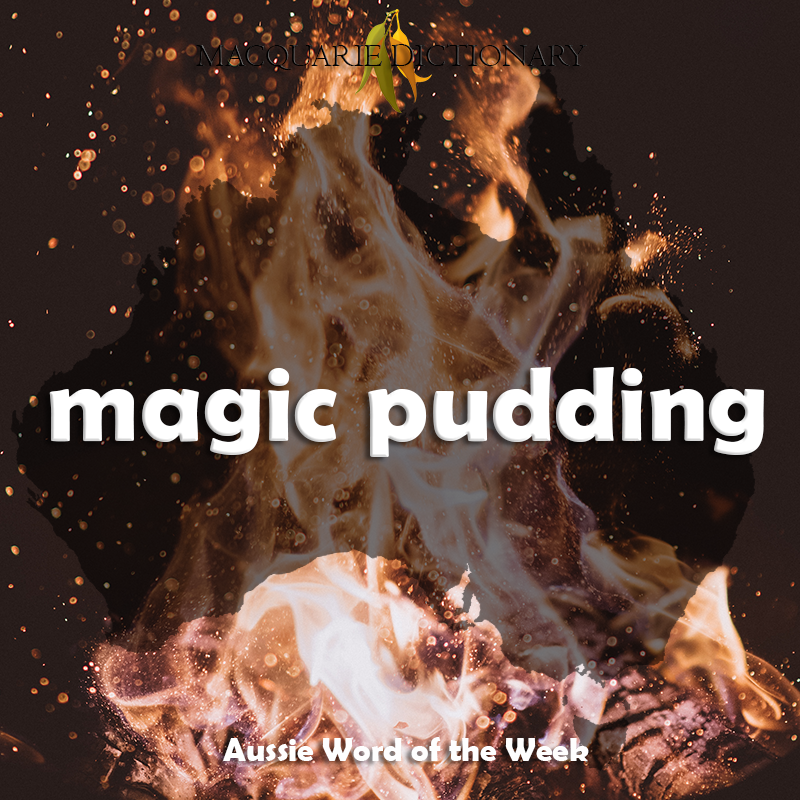 Christmas is over, the New Year has come, you might have had your fill of pudding but at the Macquarie Dictionary office we are hungry for more. A magic pudding is anything which appears to be inexhaustible.

Go easy, mate. This is no magic pudding! The phrase is in reference to the stroppy little pudding character of Norman Lindsay's Aussie children's classic The Magic Pudding. Slices cut from Lindsay's pudding magically reappeared. If only!

Of course, nothing lasts forever, but since its publication in 1918, the Magic Pudding has been continuously referenced in Australian life. Newspapers continue to allude to the children's classic in everything from articles on growing vegetables to prediction pieces on the performance of financial markets.