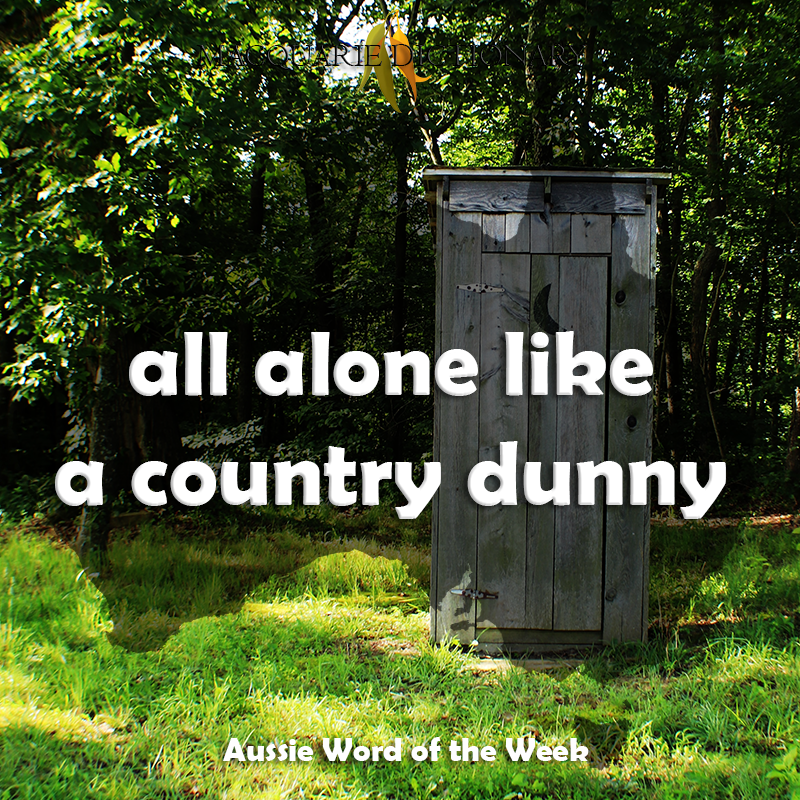 This week we are honouring our readers who are flying solo this Valentine's Day. For anyone who is all alone like a country dunny, Macquarie Dictionary is here for you.

A country dunny is a traditional rural toilet, consisting of a small shed furnished with a lavatory seat placed over a sanitary can, or a pit, located a decent distance from the house. Hence, to be all alone like a country dunny is to be totally alone.

The dunny itself has an interesting history. First recorded in the 1930s, it is a shortening of dunniken, which had been around since the 1840s, but has now completely died out, being last seen in the 1960s. Dunniken itself dates back to the 18th century in Britain where it was common in dialect and cant, and seems to be a compound of danna 'excrement' (probably from the word dung) and ken 'a house'. For the most part, the days of the outside dunny are finished. However, toilet blocks, say at school, or in a caravan park, are still known as the dunnies.

Perhaps this knowledge can soothe you if you are indeed all alone like a country dunny.