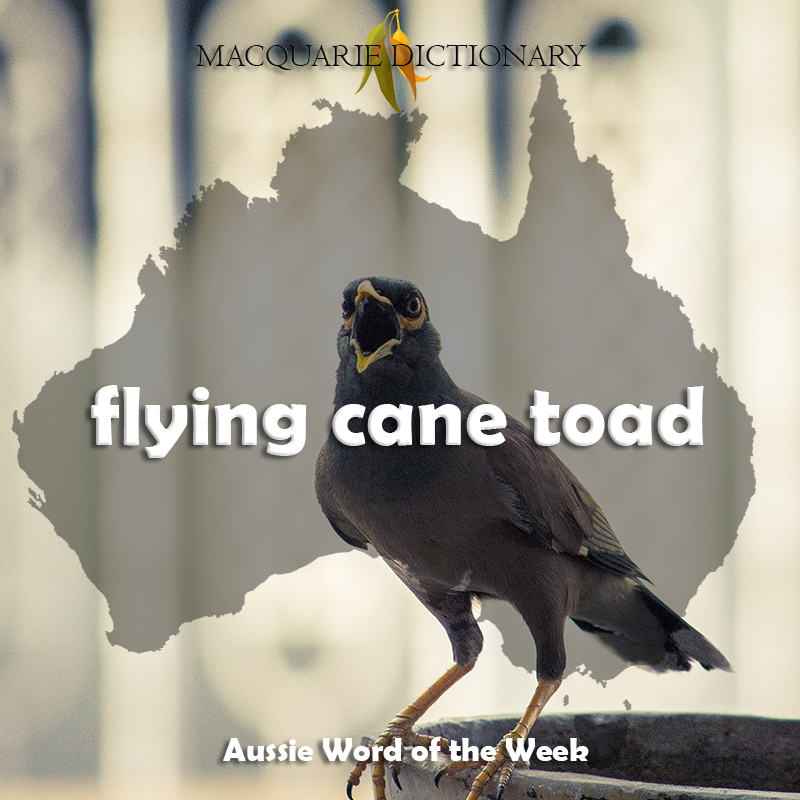 Australia is home to hundreds of bird species. Their squawks, squeaks and cries fill our landscapes. Introduced to Australia in the 1860s, the Indian myna is one such bird you might see around your suburb or if you are unlucky, you might see them flying around your yard, trying to steal your dog's food.

Not to be confused with the native noisy miner,  the common Indian myna has become so notorious among Australia's birds that it has gained the nickname flying cane toad. In reality, this bird is nowhere near as bad a pest as a cane toad but they still make a nuisance of themselves. Local community groups across the east coast are involved in efforts to trap and reduce the impact of this invasive species.

Australia has a long, storied history of introducing non-native animals species, often with disastrous consequences. Other introduced species include camels, foxes and perhaps the deadliest of all, feral cats.