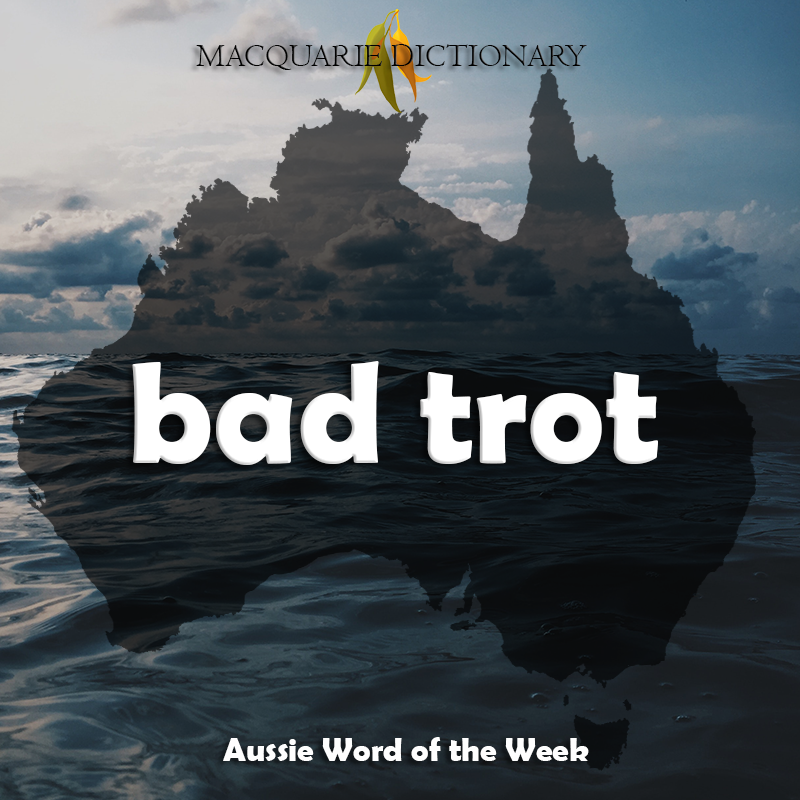 Lost the car keys? Dropped your lunch? Missed your bus by seconds? You might be said to be on a bad trot. This Aussie slang term for a run of bad luck originated in the 1940s.

I don't mean to put the mocker on but we've got even more slang terms for bad luck below.

Mozz is a shortened version of mocker. You can mozz someone or put the mozz on to hex or wish them bad luck. A run of outs is a succession of bad luck, particularly in gambling from where the phrase originated in the 1930s. Whammy, as in double, or even triple whammy, means a surprising and unexpected event, often unfortunate, that happens in two or more stages. The phrase originated in the US but is also commonly used in Australia.

Finally, you might encounter luck so bad that you wouldn't read about it!

We hope you don't luck out before the next Word of the Week.