Chuck out the Word of the Week 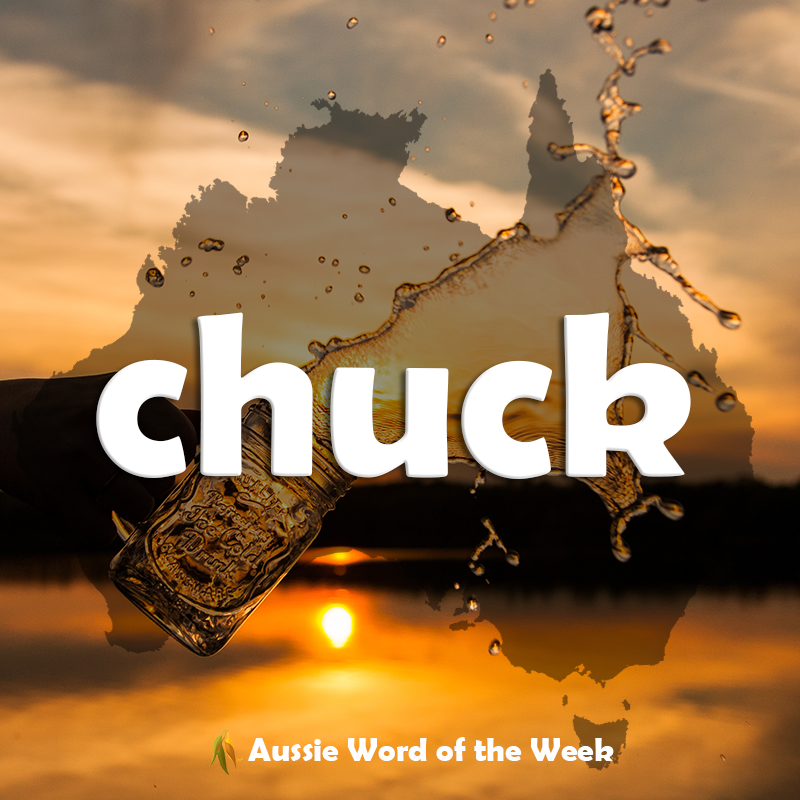 This week's Word of the Week is a versatile piece of Aussie slang that often arrives in chunks. Chuck means, among other things, to vomit, as in he chucked up on my carpet! Lovely. Thankfully chuck also has some less gross meanings.

In Australia certain things are chucked rather than 'done' or 'taken'. For instance, when driving you almost invariably chuck a U-ie, or chuck a left or right. If you jump into a pool in order to make an enormous splash then you chuck a bombie. If you quit a bad habit then you chuck it, as in I smoked for years before I decided to chuck it.

Chuck has also been used as older slang meaning to reject or spurn: She's chucked me for another bloke.

As you can see, Aussies really like to chuck things, so we'll chuck this blog and see you next week when we'll have another piece of exceptional Aussie slang.