Are you a couple of lamingtons short of a CWA meeting? 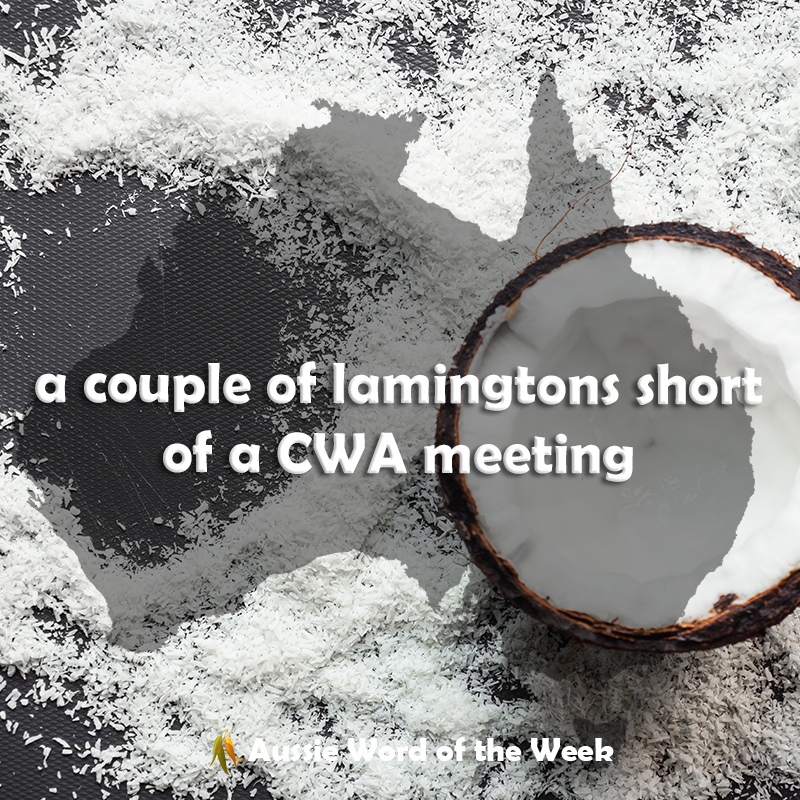 Are you a couple of lamingtons short of a CWA meeting? We hope not, because this ingenious phrase means stupid, as in lacking a full complement of intelligence. It's also a little sad, because who wants to attend a meeting that lacks delicious lamingtons? The phrase is part of a long line of short of phrases that speakers of Australian English use to insult each other.

Since the 19th century people who are 'not all there' have been described by phrases comparing them metaphorically to some aggregate which is lacking its full complement. One of the earliest examples of this is the Australian phrase a shingle short (of a roof, that is). This dates back to the 1840s. An early British example of similar age is a button short (of a coat). A similar notion is found in not the full quid. Generally things are a 'few' or 'couple' short, as in a few bricks short of a load or a couple of alps short of a range or a few sheep short of a paddock. For some reason, food metaphors are the most common, such as a few bites short of a bickie, or bangers short of a barbie, or sandwiches short of a picnic, or a few Tim Tams short of a packet.

Or, in this case, your humble Macquarie blog writer might be a few sentences short of a blog.