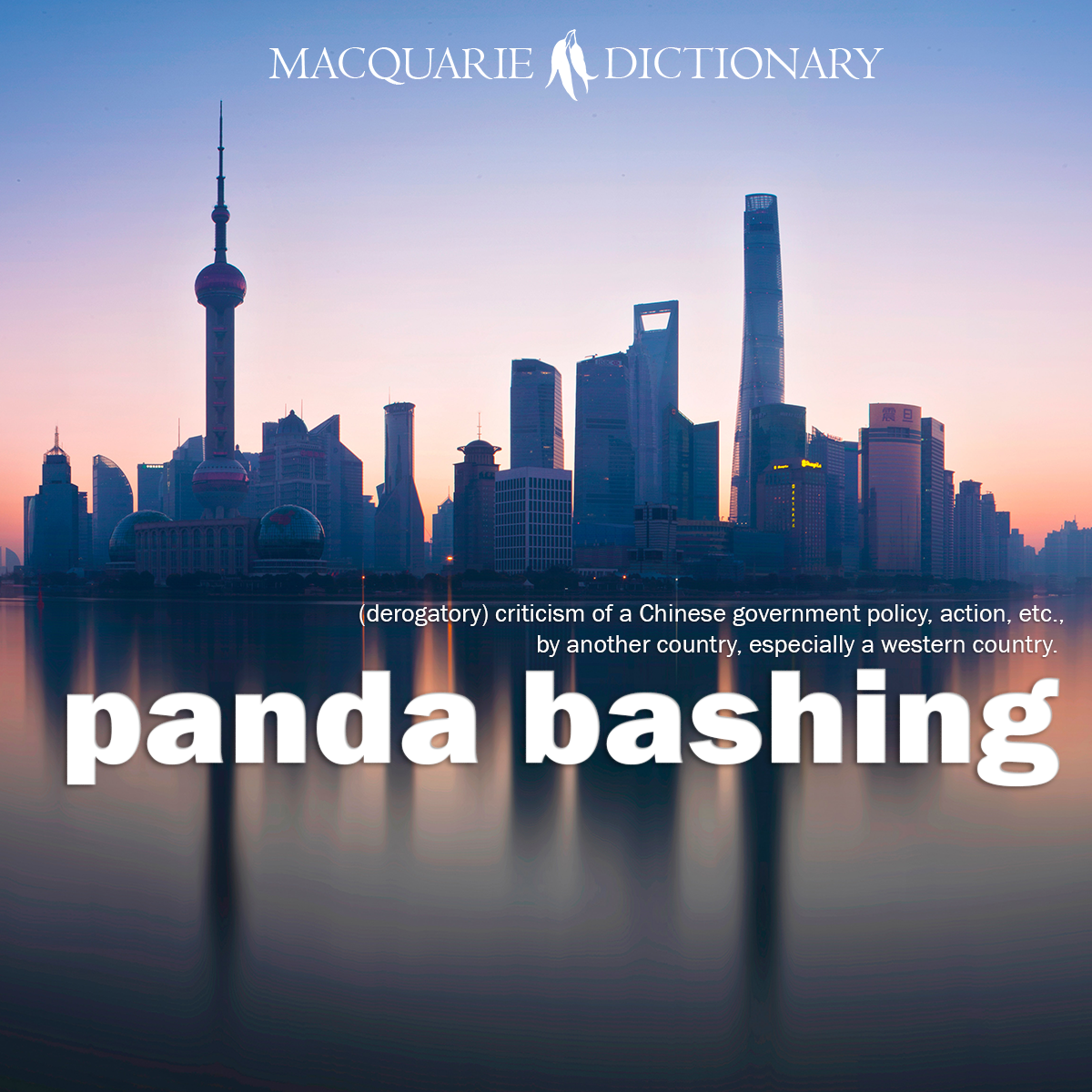 There are a 15 categories in the Macquarie Dictionary Word of the Year longlist (you can check the full list out here). Each category consists of five words, with the winner of each category forming part of our shortlist and going in to the running for Word of the Year. In light of the pandemic, we also introduced a special COVID category for 2020. You can read about it here.

This year, panda bashing won the Internet category. Panda bashing is defined as criticism of a Chinese government policy, action, etc., by another country, especially a western country.

Covid wasn't the only thing shaking up our language in 2020. Politics had a big say too, contributing several new words that generated enough clout to make it into the Macquarie Dictionary. Ranging from the Black Lives Matter movement to the halls (and bedrooms) of Canberra, see which other words made the shortlist for this category below.

noun Colloquial (an acronym, often represented numerically as 1312, used to indicate anti-authoritarian sentiment towards a police force, especially in protests against a perceived abuse of power.)

noun Colloquial (humorous) a policy which prohibits employees within the same organisation from having sexual relationships with each other, especially of government ministers and their staff.

[BONK + BAN; popularised in 2018 when brought in as part of the government code of conduct by Prime Minister Malcolm Turnbull]

noun a philosophy, theory or movement which combines principles of feminism with environmental issues.

noun a law which allows a government to impose sanctions on foreign individuals, companies, etc., who commit human rights violations and engage in corrupt behaviour, as by freezing their assets and placing bans on entry visas.

[named after Sergei Magnitsky, 1972–2009, Russian auditor, who reported a misappropriation of funds by Russian government officials and was subsequently held in custody where he died]