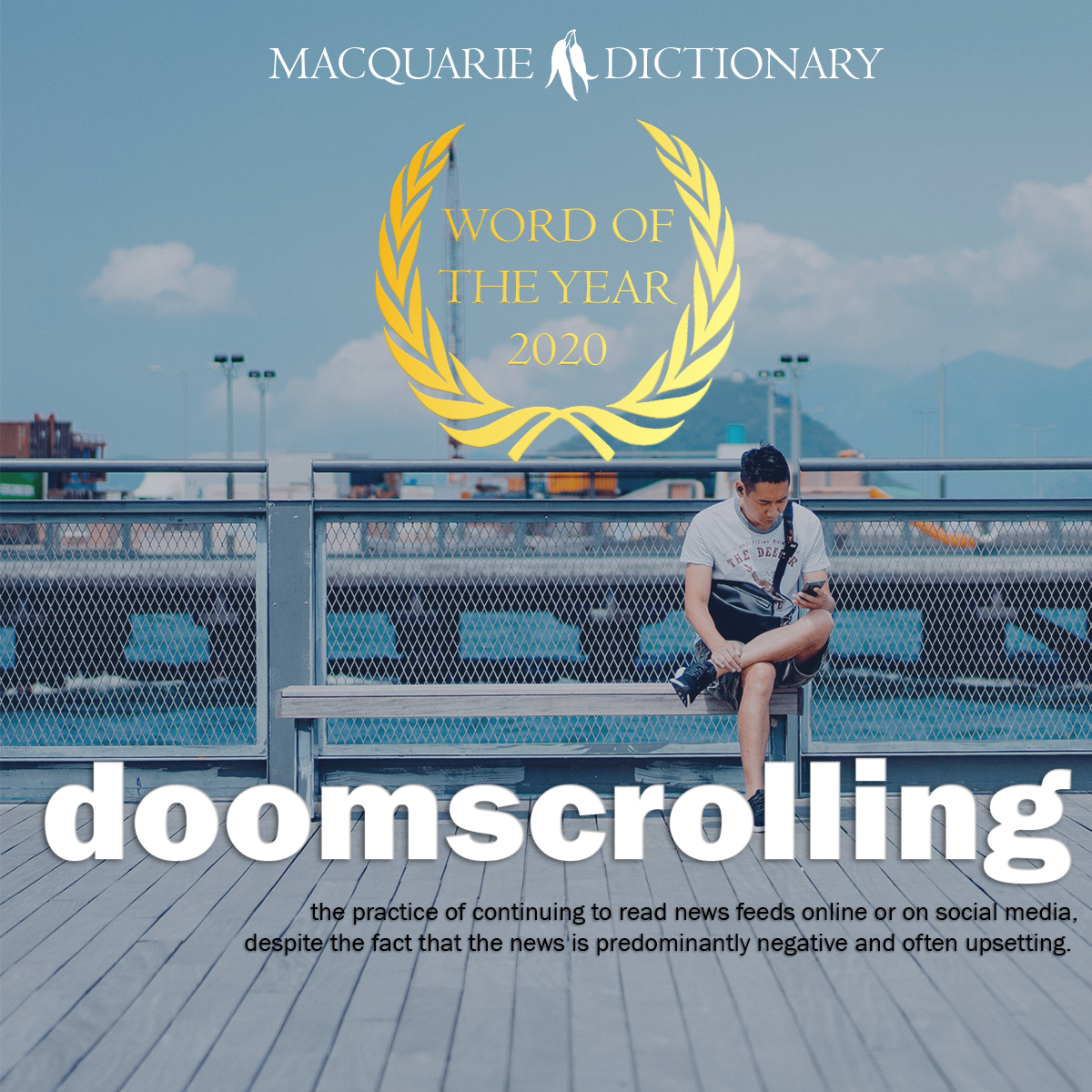 There are a 15 categories in the Macquarie Dictionary Word of the Year longlist (you can check the full list out here). Each category consists of five words, with the winner of each category forming part of our shortlist and going in to the running for Word of the Year. In light of the pandemic, we also introduced a special COVID category for 2020. You can read about it here.

The 2020 Internet category winner (and overall Word of the Year) is doomscrolling. In a year when bad news seemed to arrive with every news and social media update, we found ourselves doomscrolling: the practice of continuing to read news feeds online or on social media, despite the fact that the news is predominantly negative and often upsetting. Sounds like fun, right? No! That's why it's called DOOMscrolling and not FUNscrolling.

The extra time we spent online this year helped generate a wealth of new words. Check out the four other shortlisted words from the Internet category below.

Find out which word was voted the winner in the People's Choice Word of the Year.

noun Colloquial the practice of a white person pretending to be a person of colour on social media, often for financial gain.

[modelled on catfishing (see CATFISH), from the deception practised]

noun Colloquial (on social media) the practice of tagging a person in a post from which they had originally been excluded because it contained criticism of them.

noun Colloquial the act of joining a private video meeting while not authorised to do so.