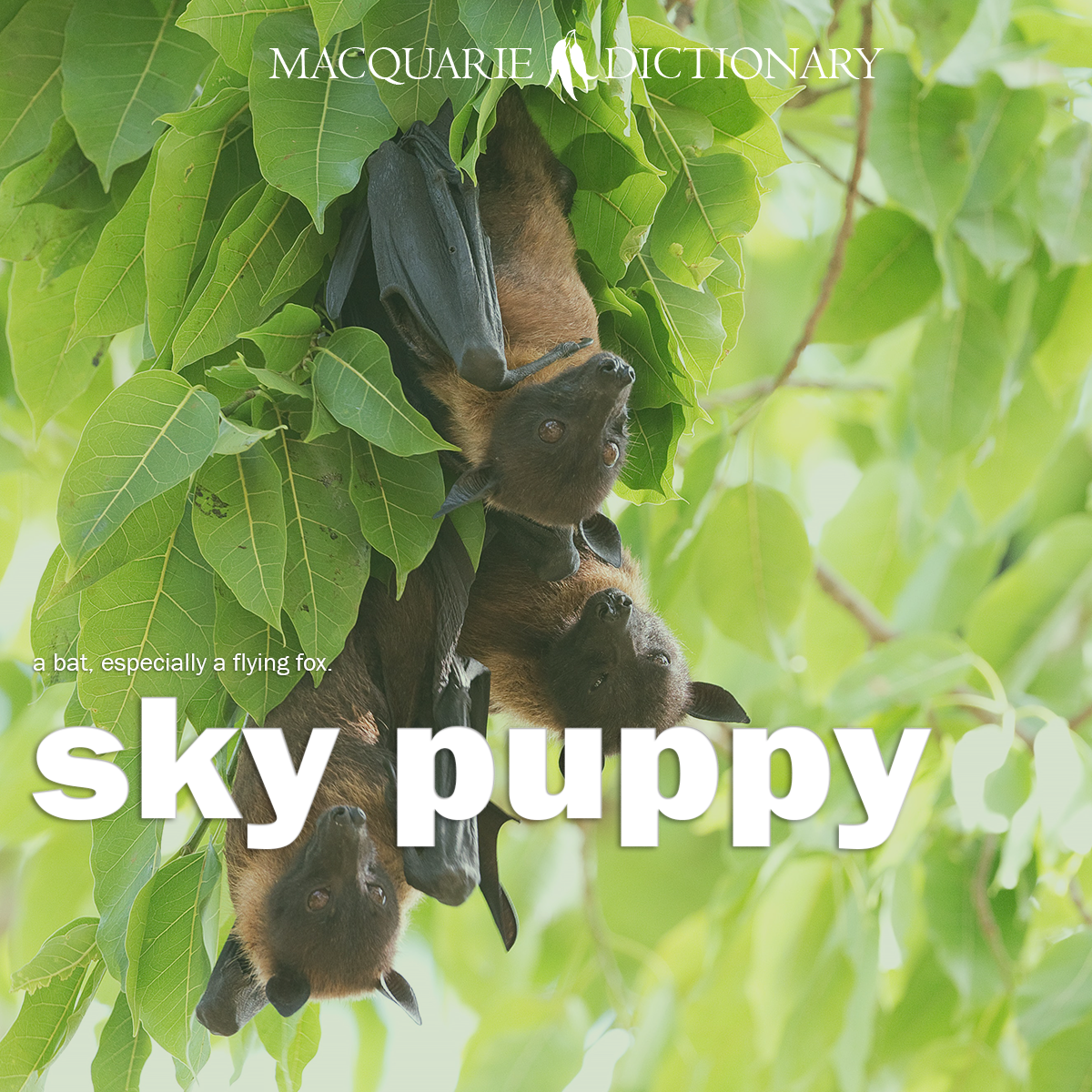 There are a 15 categories in the Macquarie Dictionary Word of the Year longlist (you can check the full list out here). Each category consists of five words, with the winner of each category forming part of our shortlist and going in to the running for Word of the Year. In light of the pandemic, we also introduced a special COVID words category for 2020. You can read about it here.

This year, sky puppy won the Colloquial. An adorable piece of slang, sky puppy is another name for a bat, especially a flying fox, aww.

The Colloquial category was hotly contested during the Word of the Year Committee meeting. See below for the other words the Committee members were cheering for.

noun Colloquial a male member of a social-media youth subculture, influenced by anime, K-pop and other forms of popular culture, with fashion drawing on that of the late 1990s and early 2000s, brightly coloured hair, dark eye makeup and heavy neck chains.

noun Colloquial a person, especially a lesbian, exhibiting both butch and femme characteristics.

Also, pog. [from an emoticon PogChamp used to indicate excitement or surprise on the live streaming site Twitch]

adjective (spoopier, spoopiest) Colloquial of or relating to something generally considered eerie or scary but which has been modified to be humorous: spoopy skeletons dancing; a spoopy movie.