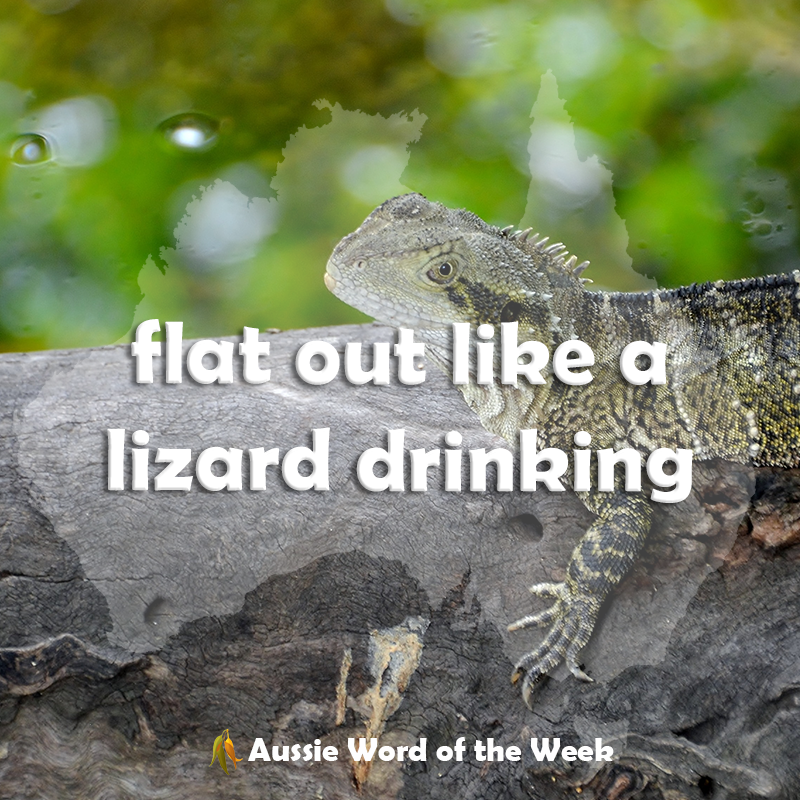 Phew. Busy, busy, busy. I am flat out like a lizard drinking at the Macquarie office this week. This scaly phrase is a way of saying that we are working as hard or as fast as possible.

Australian English has some great ways of saying you are working hard. Graft simply means hard work. Aussie slang since the 1890s, graft is also a verb: we'd been grafting all day long. Hence, grafter, a hard worker. Hard graft sits one level up from graft. Australians have been rolling up their sleeves and getting down to the hard graft since the 1870s.

Yakka or hard yakka is an iconic Aussie phrase. Meaning hard work, especially manual labour, yakka has been part of Aussie slang since at least the 1880s. Yakka comes from the Aboriginal language Yagara, from the Brisbane region. Yakka is commonly heard in the phrase all yack and no yakka, used to describe someone who's always talking about what they're going to do instead of doing it.

In contrast to all these hard working words, to bash the spine is to sleep. This great Aussie layabout slang has helped the lazy among us make sleep sound like hard work since the 1940s.