The rough end of the pineapple 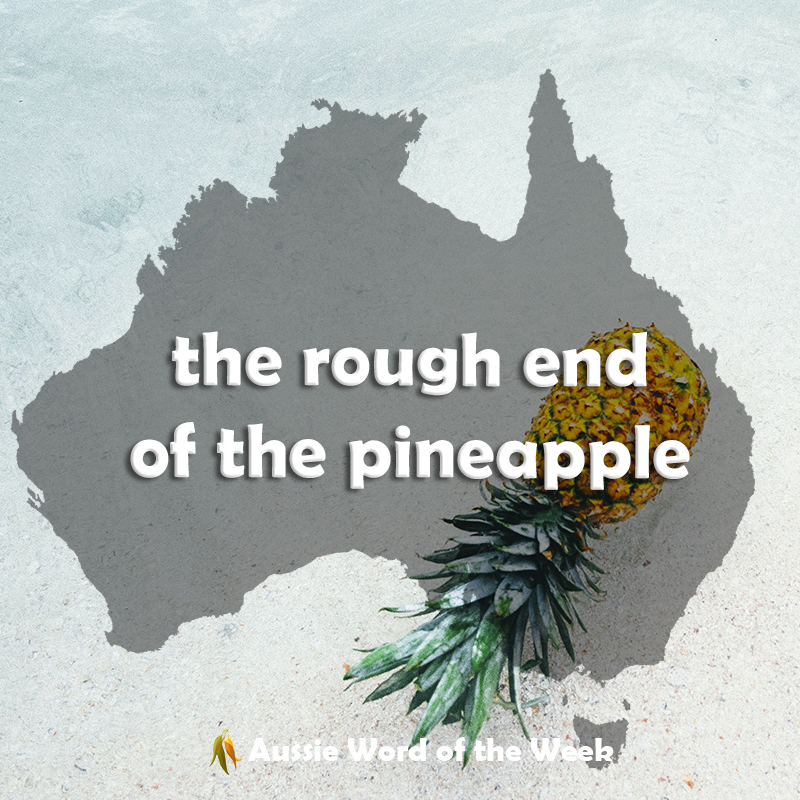 We searched our database and discovered some delicious pineapple related slang. Did you know that pineapple is a slang word for the fifty dollar note? It's also the name for an opal cluster. So we could say that finding a pineapple could earn you a lot of pineapples, if you catch my drift.

On an edgier note, pineapple is also military slang for a bomb or hand grenade, especially those of a fragmentation type that resemble a pineapple in appearence. Pineapples have even been in the news lately. Who thought we would ever see the words freedom pineapple. Word of the Year contender, anyone?

Oh, and for those of us still embroiled in the pineapple on pizza debate, the world has moved on! Now we are faced with the swineapple, which, believe it or not is a pineapple which has been skinned and hollowed out, stuffed with ham and wrapped in bacon, and then grilled or roasted slowly. Wow.