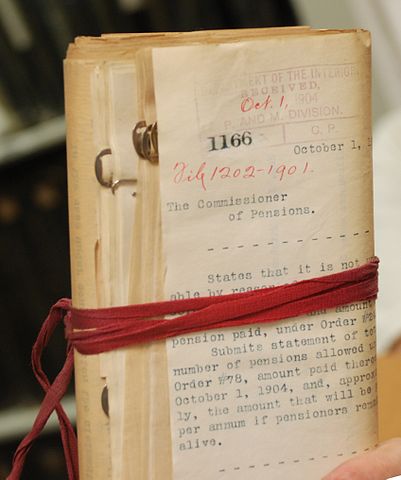 Prime Minister Abbott’s campaign against red tape prompted Dicko and Sarah at 2UE to wonder what exactly red tape was, who first used it, and did it always have a negative feeling to it.

Red tape was used in the British legal system in the late 1600s to bind up the briefs of private individuals, white tape being used for briefs from the Crown. The red tape was more pink than red but at this early period red still covered a variety of shades which are now differentiated and given their own colour name such as pink or orange.

By the 1730s red tape had come to be used figuratively to refer to an impressive formality. The sense was that the law in its mysterious ways put on a formidable show. A hundred years later this prestigious rigmarole was seen as an irritating obstacle to progress, especially in business. There is always a point where the will of the government and the aims of businesses or individuals collide, usually at moments where the government wishes to extract money or to regulate activities. Such a moment was mentioned by Henry Longfellow in relation to his activities in the Custom House in 1869: All the morning at the custom-house, plagued with red tape. Imports and exports and the taxes relating to them have always generated red tape. These friction points shift as new regulations come into play.

From the mid-1880s on, red tape was seen as excessive bureaucracy by the people being regulated. Governments still tended to regard it as a good and necessary thing. Over the past decades those seeking to rid the world of red tape have deepened the feeling associated with the term from exasperation to religious zeal.

We now have green tape, that is, red tape associated with environmental regulations. The colour shift there was neat. I am not sure that we have colours associated with other aspects of our lives that will allow us to make similar new associations with specific kinds of red tape.