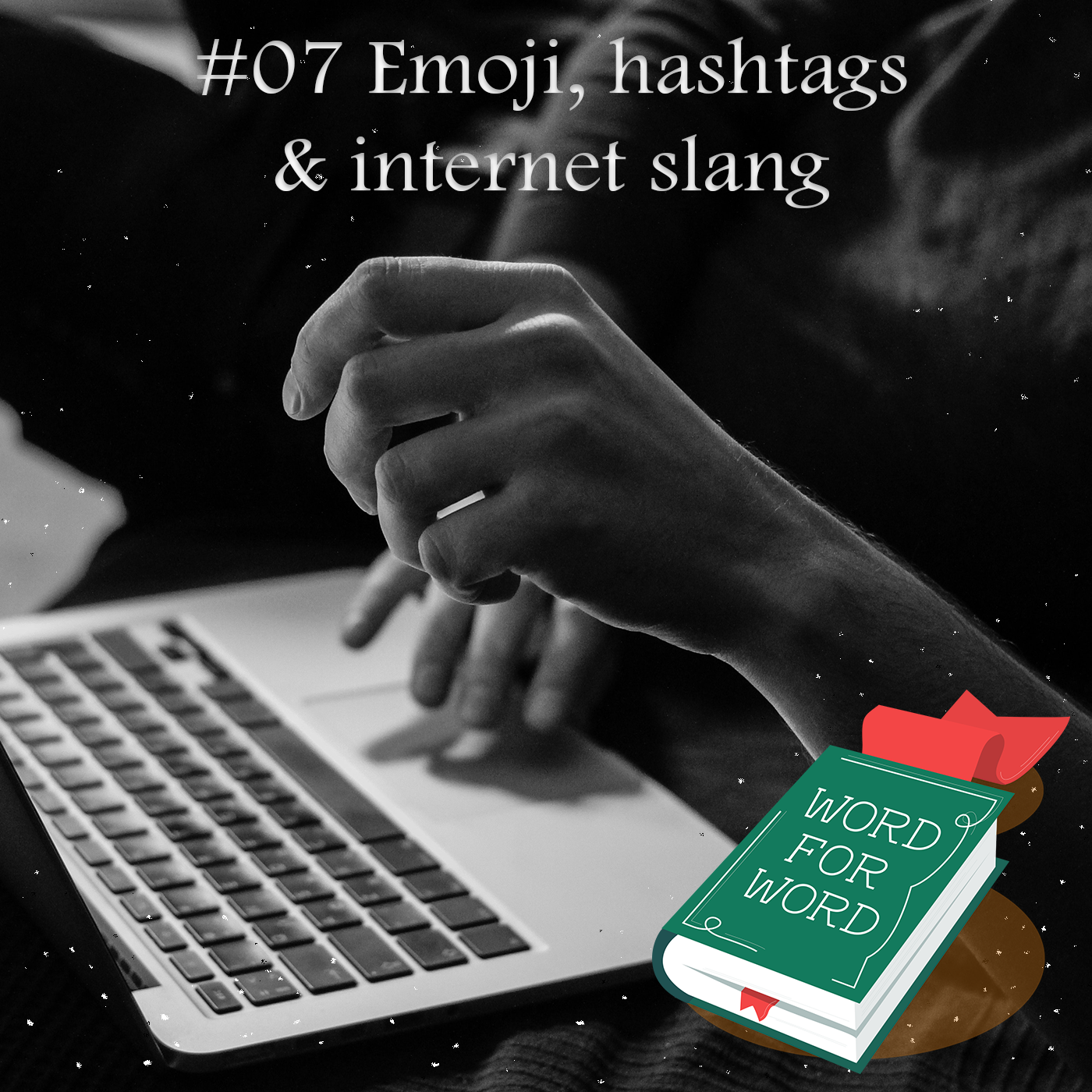 Yas queen, we're finally talking internet slang! In this episode, we marvel at the evolution of language online, exploring emoji, hashtags, and new words with writer Alex McKinnon. It's lit. Also: the dictionary team reminisce about the weird things you've sent them in the mail, and the players at The Games Den reveal their favourite words.

This is the last episode in our very first series of Word for Word. But don't worry! We'll be back with brand new episodes early in the new year.

Subscribe now on iTunes or your favourite podcast app to get each episode delivered direct to your device.

Thanks to the Games Den for their favourite words: syzygy, obstreperous, singularity, defenestration/(de)fenestrated, subtle, susurration, moist

Read more about the topics discussed in this episode:

A Letter From the Editor on 'misogyny'

The non-words of the year

Words of the Year slug it out!

Should these words go in the Macquarie Dictionary?

2014 Word of the Year is "#blacklivesmatter" | American Dialect Society

The #Art of the Hashtag | Pitchfork

Thanks are due to Sue Butler, Victoria Morgan, Melissa Kemble, Adrik Kemp and the whole team at Macquarie. Thanks also to Alex McKinnon and the good people at The Games Den for their favourite words.

Music used in this episode is by Broke For Free, available from the Free Music Archive and used by permission of the artist. Find more music by Broke for Free including The Gold Lining; and If. All sound effects are public domain or via Soundsnap.