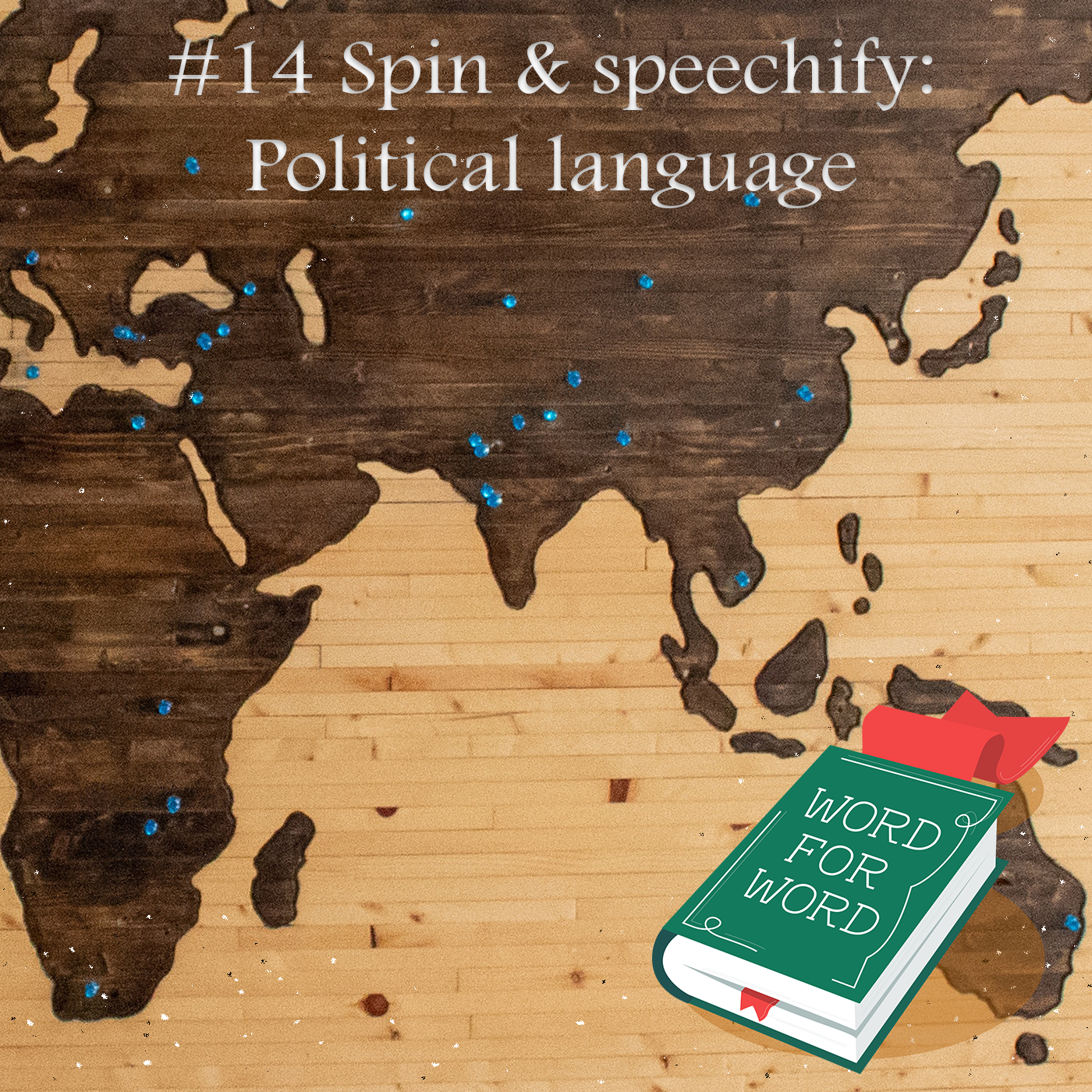 In politics, we can always point to the slipperiness of language. In this episode, the dictionary editors remember iconic Australian political slogans, and consider new words like "fake news" and "antifa"; we're on the hunt for favourite words at the Antidote Festival; and John di Domenico, the world's no. 1 Donald Trump impersonator, takes us inside the language of the 45th American president.

Join us as we explore our language: the ways we use it, the ways we abuse it, and the ways we ultimately change it.
Subscribe now on iTunes or your favourite podcast app to get each episode delivered direct to your device.

Thanks to the attendees of the Sydney Opera House's Antidote festival for their favourite words: maybe, ululate, supercalifragilisticexpialidocious, symbiosis, raspberry, schmetterling, facetious, capricious

Read more on the topics and people featured in this week's episode:

Explainer: what is antifa, and where did it come from?

What is covfefe? The tweet by Donald Trump that baffled the internet

This linguist studied the way Trump speaks for two years. Here’s what she found.

The Idiolect of Donald Trump

Linguist-In-Chief: Trump and the Meaning of Fake News

On the Macquarie Dictionary blog:

What does Donald Trump's 'covfefe' mean?

Many thanks to John di Domenico. Read more about John at www.johnnyd.net and follow him @johnnyd23.

Thanks also to the Sydney Opera House and the Antidote Festival.

Thanks to Slate's Trumpcast for John di Domenico's readings of Trump's tweets; to AP Archive for providing news clips; and to the Australian Labor Party for use of "It's Time".

Clips from parliament courtesy of the Australian Parliamentary Library.

All sound effects and clips are public domain, royalty-free, or used by permission, with the exception of Frogs from Daveincamas via FreeSound; BBQ from YleArkisto via FreeSound; Tongs from The City Rings via FreeSound; Fire sizzling from VlatkoBlazer via FreeSound. Vlatko Blažek Varaždin, Croatia, e-mail: vlatkoblazek@gmail.com.

Music used in this episode is by Broke For Free, available from the Free Music Archive and used by permission of the artist. Find more music by Broke for Free including The Gold Lining; and If.

If you like Word for Word, leave us a review on Apple Podcasts! It only takes a minute and it helps other people discover the show.